On the 12th of November, 2003, in the historic Royal Courts of Justice building in London, the 2004 Pirelli Calendar photographed by Nick Knight was presented to the press, to collectors, and to enthusiasts the world over. Such fanfare and exclusivity began in 1963 when the Pirelli tire company created a calendar featuring pin-up models as a promotional piece to send to its top customers as a gift for the closing year. Every year since, the company has called upon world-renowned photographers such as Richard Avedon, Mario Testino, Peter Lindergh, Herb Ritts, Norman Parkinson, Bruce Weber, and Annie Leibovitz to photograph the world's most beautiful women, including Iman, Cindy Crawford, Naomi Campbell, Christy Turlington, Laetitia Casta, Kate Moss, and many others. It has continued to generate publicity for its exclusivity-the calendar is clamored for by a huge public, but is only available to a very privileged list of corporate customers and VIPs.

A product of the cultural revolution of the sixties, the Pirelli calendar has shaken the media world with the audacity, innovation, and sensuality of its content. The images stretch the parameters of sensual fantasy and fabulous photography, but their subtlety and quality also establish the calendar as a paradigm of its genre and a coveted collector's item.

This book contains the full calendar for all of the years through 2004, and is a must for fashion aficionados, photography buffs, and advertising and design professionals. 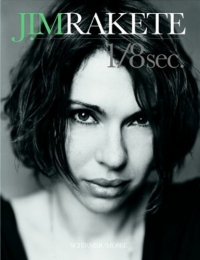