In July 1863, the photographer Felice Beato arrived at the port city of Yokohama in Japan. He was only 31 years old, but had already established himself as a pioneering figure in the then-nascent field of photography as the first ever war correspondent, and as one of the earliest chroniclers of East Asia, having already documented the Indian Rebellion of 1857 and the Second Opium War in China. If these latter works had seemed to celebrate imperial power, Beato's Japan photographs marked a venture into another realm entirely. Beato's portraits of geishas in magnificent kimonos, samurai, sumo wrestlers, and scenes of everyday life and landscapes portrayed the country and its people entirely without condescension. The dignity and grace of his photographic style, as well as his hand-tinting of his images, made an enormous impact on Edo-era Japanese photographers, who found analogies to traditional Japanese woodblock prints in the composition of his images, and Beato established a whole school and style at the close of the nineteenth century. This marvelous and magnificently oversize volume presents an overview of this style, known as the Yokohama school, with beautifully reproduced images by Beato and many others. Japanese Dream also records the last embers of a waning culture just prior to modernity. 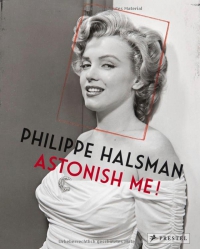